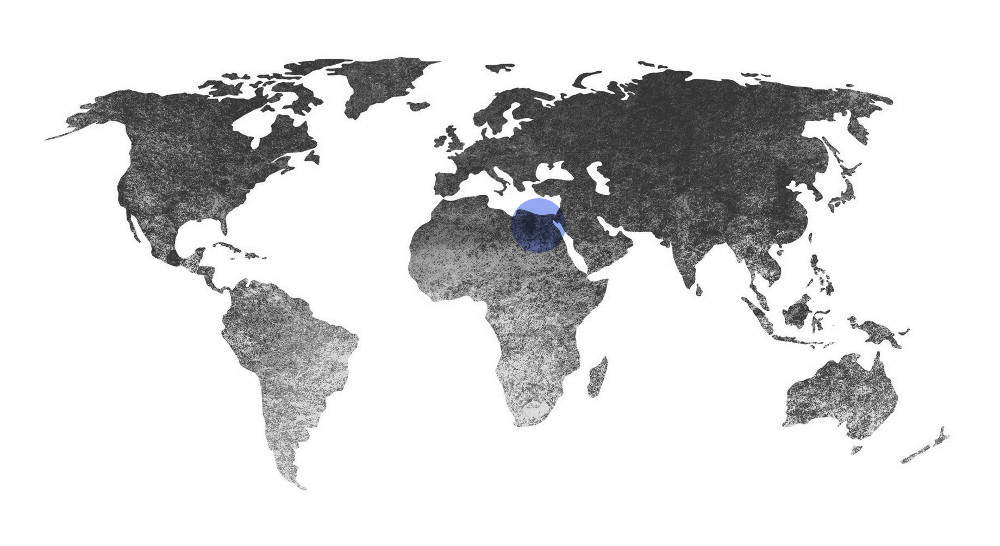 Ancient Egypt developed over a large extent of North-East Africa and flourished for over 3000 years. At different times, this included most of modern-day Egypt as well as parts of modern Sudan to the south. Although we tend to think of Ancient Egypt as a single entity, cultural, religious and even geographical aspects changed significantly over the years.

Egypt is particularly well-known for its extensive archaeological record, including the so-called Great Pyramid at Giza near Cairo, the only wonder of the ancient world still standing today. As well as archaeological evidence, there are numerous historical sources which can be used to study Ancient Egypt, this includes written sources from Egypt itself, other parts of the Near East, as well as from the Classical World among others.

One of the main reasons that the region flourished was due to the Nile River which flowed through the country and during an annual flood deposited rich fertile sediments on Egypt’s riverbanks. The ancient Egyptian name for Egypt, ‘kmt’ (often pronounced ‘kemet’), or ‘black land’ is named after this fertile soil. Our term ‘Egypt’ is actually from the Greek ‘Aίγυπτος’ (‘Aigypotos’, ‘Aegyptus’ in Latin).

There is evidence for human occupation of the region going as far back as the Palaeolithic period (>10,000BC), although evidence for farming and more permanent settlements probably only date to the Neolithic, from around 5,450BC at least in Lower Egypt and slightly later in Upper Egypt. This can be identified in the archaeological record through the discovery of ceramics and various tools.

There is also evidence for distinct burial practices in early cemeteries, which is the defining characteristic of the main period of the so-called Predynastic (5300BC–3000BC) used by Egyptologists. This is followed by the Early Dynastic Period, when Upper and Lower Egypt are first unified under a single ruler, or Pharaoh.

Egyptologists divide the subsequent chronology of Ancient Egypt into different periods and dynasties, based on who was Pharaoh at the time. These 26 dynasties are grouped into different Kingdoms (Old, Middle, and New) and periods (e.g. First Intermediate Period, or the Late Period) based on political, social, and often geographical shifts. Because of overlaps in some of the Royal dynasties, particularly when Egypt was fully divided between Upper and Lower Egypt politically, the dates of some dynasties and periods vary slightly according to different Egyptologists. For this reason, the dates given for each period are only approximate and may differ between publications and sites.

Egypt was conquered by Alexander the Great of Macedon in 332BC giving rise to the Ptolemaic Period. This lasted until 30BC, when the country became part of the Roman Empire and, later, following the split between the Eastern and Western Roman empires, the Eastern or Byzantine Empire, until the Muslim conquest of Egypt around 640AD, marking the beginning of the Islamic Period.

Bard, Kathryn. (2008). An Introduction to the Archaeology of Ancient Egypt. Chichester: Wiley-Blackwell.