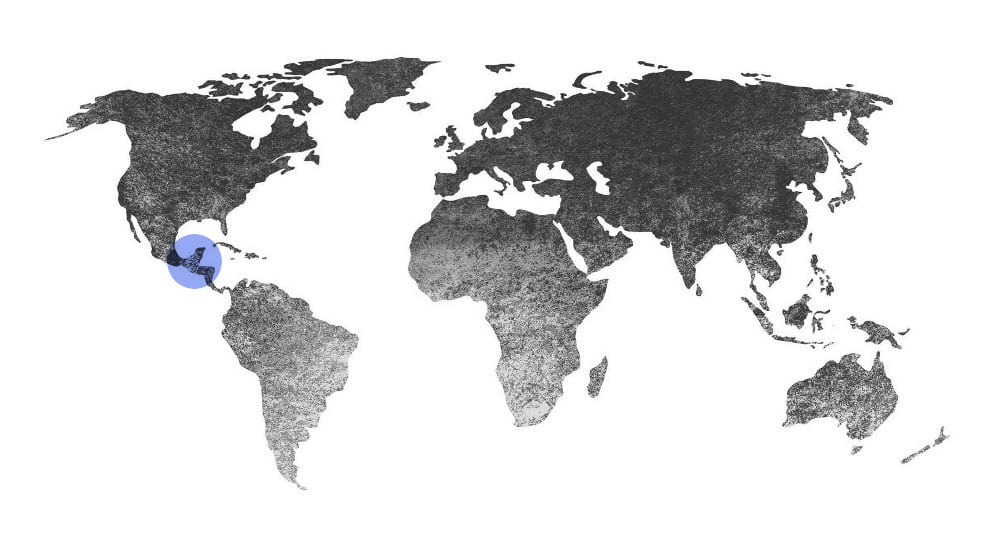 The Maya civilisation developed over a large portion of Central America, namely the present-day countries of Guatemala, Belize, the south-eastern part of Mexico, and the western parts of Honduras and El Salvador.

The Maya didn’t live in isolation. They were part of a broader cultural area and exchange network called “Mesoamerica” by scholars. The Olmecs and the Aztecs are two other well known Mesoamerican civilisations.

The term “Maya”, though, is a collective designation that tends to conceal a more complex reality. The Maya were never one people but rather a mosaic of groups, with their own identities, who shared common cultural attributes and spoke closely-related languages.

During pre-Columbian times -as the era before the arrival of Columbus in the Americas is called- and until recently, indigenous people in the region didn’t identify themselves as “Maya”. Initially, the term itself probably referred to the people of north-west Yucatan that the Spaniards encountered on their way to Mexico in the 16th century, and was later used as a generic name.

The ancient Maya are noted for their sophisticated writing system and calendar. They were also talented artists, skilled artisans and ingenious architects. One of their main achievements, however, was to discover the mathematical concept of zero.

In the following sections you will be able to explore many fascinating aspects of the Maya civilization.

Archaeological research indicates that the first elements of Maya culture appeared around 2000 BC when complex societies began to develop in the region.

A millennium later, during what is called the Preclassic period, villages had grown into towns. Communities became strong enough to invest time and efforts in monumental architecture. Slowly towns became cities.

Yet, the most prolific era in the arts and sciences seems to have been the Classic period which started around the 2nd century AD. During that time, the competition between the various city-states of the Maya lowlands created an intense political scene. Warring factions continuously sought power through trade and political intrigue.

Around the 9th century AD, these political structures, which had underpinned Maya society for a thousand years, disintegrated and some cities saw their population declined and eventually vanished. This episode is commonly, but inappropriately, referred to as the “Maya Collapse”.

The reorganisation of the Maya society and of its political structures along with the development of new trade routes mark the Postclassic period until the arrival of the Europeans in the 16th century.

The last Maya kingdoms fell under the Spanish rule at the end 17th century AD. While the Spaniards tried to eradicate Maya culture, many of its aspects persisted to this day. About eight million Maya people still live in Central America.

Martin, Simon; Nikolai Grube (2000). Chronicle of the Maya Kings and Queens: Deciphering the Dynasties of the Ancient Maya. London, UK and New York, US: Thames & Hudson.